Lost in the Fog

Even while the presenter promised the world, he knew.  Cameron inwardly groaned as the relentless waves of cloud guarantees washed over him. He suffered through the keynote, hoping that no one at the conference could guess how much he regretted his choice to move his organization’s applications into the cloud.  He felt great guilt over the decision that seemed to be a constant source of conflict between himself, his leadership, his co-workers, and most importantly, his customers.  He’d be horrified if people knew how much he felt like a failure.

“Cloud computing is the future!  You can finally break out of the frustratingly repetitive three-year replacement cycles of investing in hardware, facilities, and utilities. Think of the savings!”

Cameron suppressed the urge to roll his eyes as the speaker, like an impassioned preacher in the pulpit, continued his spirited monologue.  As he glanced around the dimly lit audience and recognized a few familiar faces, an eerie sense of déjà vu settled over him.   Just a few years ago, he sat in a room almost exactly like this one, right down to the swirling pattern on the carpet and a chair that tipped a little when shifted in his seat.  He had listened to a sales pitch just like this one, complete with the same assurances of a cloud “easy button.”  He wished he could go back to that day, before he had been sold on the flimsy promise of on-demand, easily-provisioned, always-updated, highly-automated, tightly-orchestrated, universally-accessible cloud. 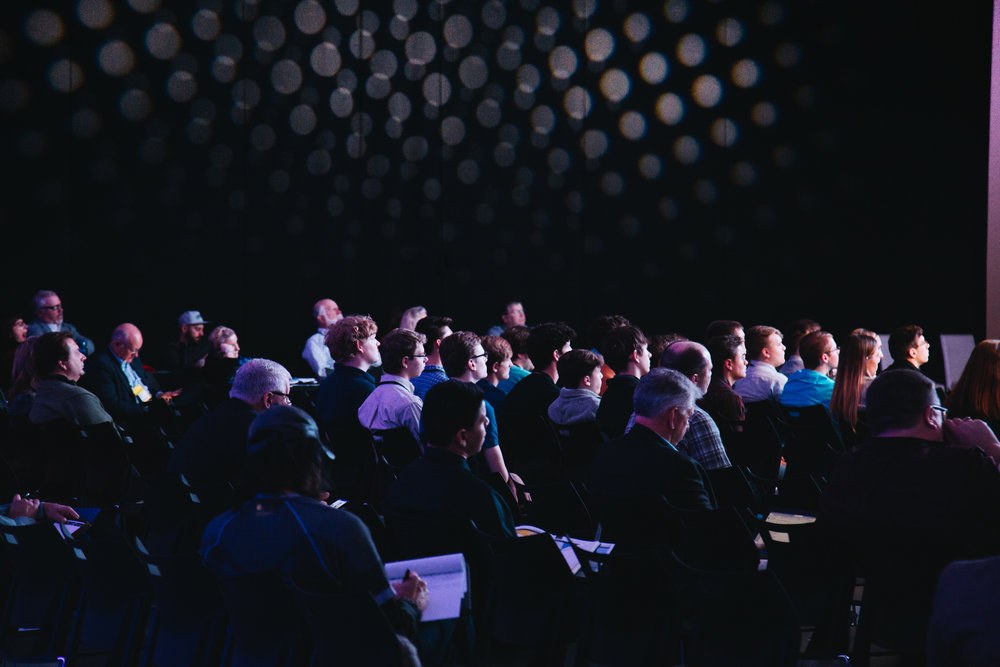 Cameron’s experience transitioning from on-premise infrastructure to a cloud platform certainly hadn’t created the magical feedback loop that was being evangelized today.  Cameron shook his head slightly and grimaced, unable to ignore the obvious.  He could see now that the intent of these sessions wasn’t to offer real client success stories, but rather to get IT leaders to open their wallets.

Every face around him bore the incandescent light of delighted anticipation. They all wanted into the cloud. He had been one of them, once.  No longer.  He desperately wished he could leap out of his seat, grab the microphone, and warn them all.  He was sure most of them didn’t truly understand what a move to the cloud would really mean.

But he wouldn’t stand up.  He wouldn’t shout his warnings.  He’d sit quietly in his seat, ashamed.  His company had struggled with their conversion to cloud and Cameron imagined many in the eager crowd would struggle as well.  But the crushing guilt and nagging doubt he wrestled with due to his lack of research and planning before committing to the cloud bound him to silence. He didn’t want to admit his digital transformation failure to this room full of professionals.

He had trusted in the hazy promise of “infinite scale” at the push of a button.  They had cooed assurances to him, reaching for a piece of his organizational budget with their honeyed words, “This is the solution to solve it all.” With neither a plan nor a guide, he felt helpless finding his way out of the mess he created – there were no presentations for that.  Cameron was lost in the fog of the cloud.

Is Cameron right to despair? Could there be a way back?

SaaS, PaaS, and IaaS: Acronyms of the Cloud

In order to really understand Cameron’s predicament, let’s talk about the different types of services the cloud can offer. There are three models of cloud services for you to understand and compare. Some types may fit perfectly into your organization, while the others may not. The model most everyone thinks of when they think of the cloud is Software as a Service (SaaS).  SaaS applications, like Dropbox or SalesForce, are applications familiar to most businesses and can often be great additions to a traditional workflow. Platform as a Service (PaaS) is a little less familiar and typically offers a set of tools businesses can use to develop, test, and deploy software. PaaS is often used by businesses to design applications and by developers to collaborate on projects. Finally, there’s Infrastructure as a Service (IaaS), which Cameron discovered is more complicated than he originally was led to believe. IaaS hosts and manages your businesses servers, storage, and networking; things that otherwise would be handled in a traditional data center.

Can the Cloud Deliver on its Promises?

I bet you’ve heard promises that the cloud will provide an effortless solution to many of your business challenges. Cloud vendor marketing will often guarantee a significant reduction in the cost of managing and maintaining IT systems and applications. Sellers often frame their cost-saving arguments around the belief that one can reduce operating spend through the removal of hardware and software system upgrades, break/fix challenges, planned and unplanned downtime, energy consumption, and wages. But does that really translate into lower bills? In particular use cases, maybe. But most will find that peak-performance demand and the need for additional layers of security add up swiftly, typically offsetting any proposed savings and resource reductions.

In addition to operational cost reduction, seamless scalability on-demand is also touted as a major perk of moving your infrastructure to the cloud. The temptation of simple scaling up or down of computing power or storage as requirements arise is hard to resist. This opportunistic flexibility can be intoxicating to envision, but unfortunately, it’s never quite that simple and the devil is always in the details. Whether it’s increased storage, improved bandwidth, or redundant locations for failover, unanticipated costs can go through the roof early and often after a commitment signature is handed over. It’s easy to take for granted the cost of services that have previously been handled through hardware and local operational costs. There are hidden costs that many leaders fail to consider when they are swept up in the marketing fog. Nothing is free, especially in the cloud.

Consider the following experience of a business that we helped in the past. This business measured their key customer engagement process by the amount of customer queries they could accomplish in a set amount of time. This measurement indicator translated into a need for ultra-low latency and high-transactional performance. The leaders of the organization, taking stock of their aging, but still well-performing infrastructure, knew that it would soon require what they considered to be costly, continuous, on-premise upgrades. In response, the leaders decided it was time to hybridize their environment into a partial-cloud presence to avoid the inevitable upgrade mire as well as the associated human and infrastructure investments.

But the moment they relocated their data, they introduced crippling latency into the process. Query rates plummeted.  Lookups timed out and updates failed as in-flight transactions timed out and/or abnormally ended.  They were only able to accomplish half of their previous customer query rate. As a response, they increased their subscription base with their cloud provider to a higher and even more expensive tier. But this added expensive performance was still not enough. There was just too much latency added into the process due to the remote system. Their customers quickly noticed the high wait times and became frustrated. For a company that measured its success on their ability to conduct more customer queries in less time, this disturbance to their process had a devastating effect to their reputation and their bottom line. Even more disastrously, they had promised to their business that the journey to the cloud would be more cost effective. These expensive mistakes were doubly offensive to all involved.

When approaching the cloud, do so with a sense of caution.

Still want in to the cloud? A successful journey to the cloud demands a cautionary approach. Not every cloud solution is created equal. Hybrid cloud consulting options are available to help you discern what works best for you, taking into account the nuances specific to your environment. The cloud doesn’t have to be all-or-nothing.

Before any cloud-based decision, it’s important to exercise wisdom and consider these major factors: performance, availability, growth, cost, and security.

Cloud Questions to Ask Yourself:

With some workloads, cloud technology is a great solution, but as with any new technology, education, analysis, planning, piloting, and continuous improvement are imperative to mitigating risks and attaining the desired benefits specific to your business goals. Remember to plan for the future of your cloud, both from a perspective of financial needs as well as technological. Approach with caution and seek out expert help in creating an individualized path to digital transformation success, before investing. Don’t be tempted to jump in without guidance, charmed by slick marketing. Find the balance between innovation and prudence. 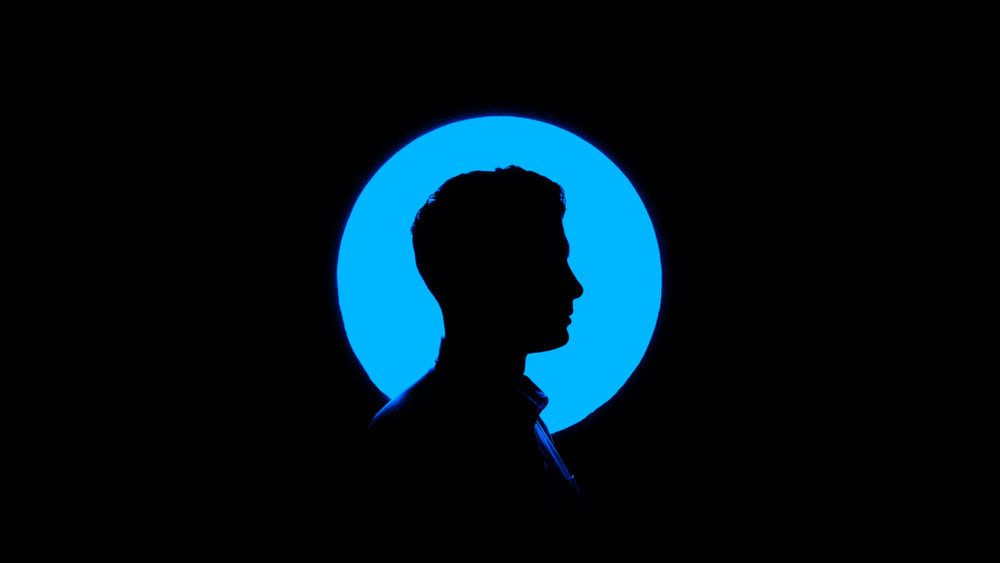 ROVE is a proven guide, an experienced pathfinder for your digital journey, who deeply understands the challenges you face on a daily basis. ROVE offers customized solutions and systems to both enterprise and commercial clients. As a Veteran-owned business, we believe in guiding by understanding and truly grasping the needs of our clients which continuously strengthens our relationships through delivering delightful results. Diverse talent defines our organization and purpose drives our innovative solutions to solve your business challenges.

Lost in the Fog - Do You Have to Suffer in Silence?

We left Cameron defeated, burdened with guilt, crumpling under the weight of disappointment and frustration with his cloud experience. But Cameron doesn’t HAVE to suffer in silence. While there aren’t many opportunities to hear about how to safely walk back from the cloud, there are solutions which exist today that you can explore.

If, like Cameron, you also find yourself struggling with the cloud or realizing the easy button you were promised just isn’t that easy, ROVE is available as a true consulting partner to assist in the discovery of the right technology beneath the hype, with the right tools and services to help you accomplish your goals. ROVE can be the guiding hand to help you to continue your successful journey forward, even if you’re currently lost in the fog.